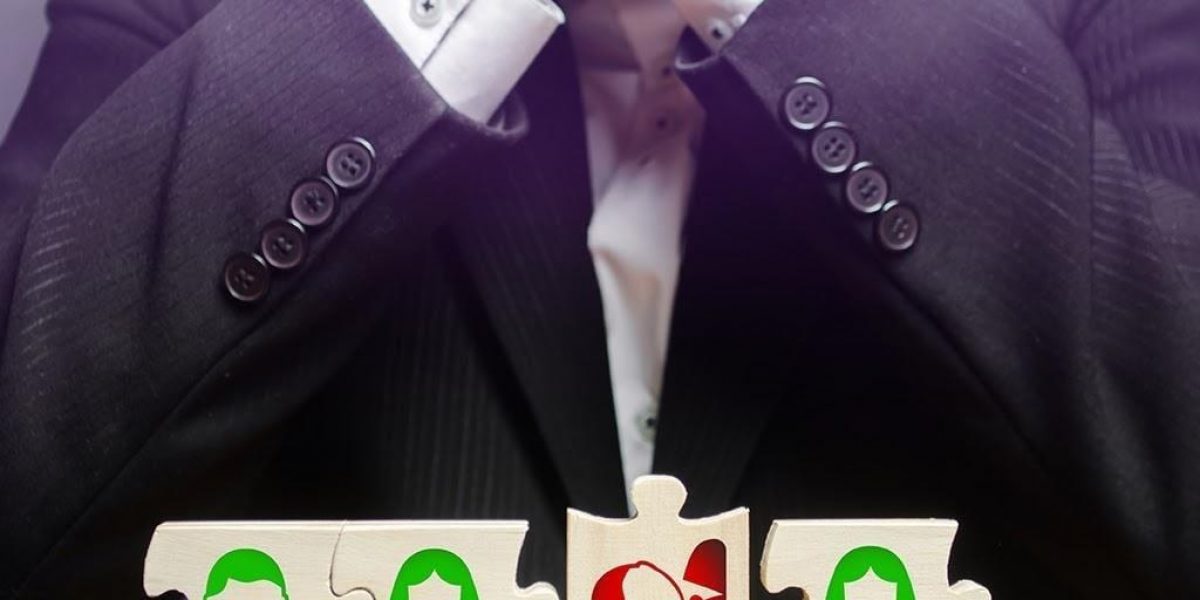 Your words and actions define you as a leader, and it’s essential to learn how to avoid the shadow behaviors and triggers that result in poor leadership.

As a leader, you have a responsibility to set an example for all of your employees. Merely saying what you expect from them won’t do much. You need to back everything you say with actions.

In other words, your behavior defines how effective you’re going to be as a leader. The way you react to situations speaks volumes about the kind of leader you are.

Because of this, negative behaviors can poison an entire company. If you react poorly to external circumstances, there are two possible outcomes:

Because of this, every leader should take a closer look at their behavior. More specifically, they should examine their “shadow behavior.”

What Is Shadow Behavior?

Have you ever acted in a way that you ended up regretting? You might’ve said or done something out of rage or fear…

If you’re like most people, this must have happened to you at least a few times. For each of those times, you experienced shadow behavior: a negative, often unconscious response to people, events, and situations.

It’s that automatic response that suspends thoughts and seems to come right out of you, often feeling beyond your control.

Everyone exhibits shadow behavior in their own way. Some people are aggressive, while others simply become unresponsive. In this state, you might find yourself acting defensively, or even manipulating those around you.

But that’s not all… Shadow behavior also clouds your judgment, making it hard to arrive at decisions that benefit your company.

Luckily, avoiding shadow behavior is easier than it may seem. It all starts with recognizing your triggers, and the best way to find out exactly what they are is through a PRINT report (a service we offer as part of our executive and business coaching). This is a simple report that outlines your Unconscious Motivators, which reveals who you are when you are satisfied (your Best Self) and stressed (your Shadow Self).

What Is a Trigger?

It’s not like shadow behavior comes out of nowhere. There’s always a trigger that activates it.

When someone or something presses the button, the shadow behavior comes out before we have a chance to stop it.

By the time we calm down, the damage is already done.

The most common triggers are stressors and perceived threats. Sometimes we’re aware of a trigger, and thus have the ability to avoid it in a constructive way. More often, however, these triggers are subconscious, with a sneaky ability to activate shadow behavior over and over again.

The good news is that we can bring even these subconscious triggers into our awareness. Through this awareness, we can actively avoid falling into the shadow behaviors that undermine leadership.

The most important thing is to identify your most common triggers – and as a leader, you’ll also want to understand the triggers of the people affected by your leadership. Invariably, they all fall under one of the five major categories:

Sometimes, people trigger us on purpose. They know how to get a reaction, and will use this information when it serves their purpose.

…But for the most part, people inadvertently trigger their team members by accident.

For example, imagine you’re working on a new project with your team. You approach a team member and tell them to check in with you at the end of the day. This is a very basic request that most people wouldn’t have a problem with, right?

…But an employee who has an unconscious motivator to be strong and self reliant might feel like you’re micromanaging them, and gets triggered. Depending on the resulting shadow behavior, they’re likely to act in a negative way. Their perception is different than your intent, and the reaction was created by a trigger. The intent of leadership only matters so much… How people react has a far greater impact on the business.

Accidental triggers happen all the time, but if you’re able to identify them in yourself and others, you’ve taken a giant step in learning how to avoid them.

Verbal triggers are among the most common… People say things that trigger a shadow response in others all the time.

For example, an employee who messes up is already feeling bad about it… But a poor leader might still verbally punish them for the mistake and potentially trigger the employee as a result.

If you need a real-life example, look no further than HTC’s former CEO Peter Chou. Once a tech titan, HTC is now nowhere to be found, and the behavior of its CEO played a big part in their demise.

Chou stepped down in 2015, and rumors of his toxic leadership style started surfacing. In the words of HTC’s former executives:

This is textbook shadow behavior, and it’s far from the only one displayed. Aside from verbally abusing employees, Chou did a lot to create a poor company culture. He intentionally created silos between marketing, sales, product, and design teams. He also formed parallel teams which often had the exact same tasks. Naturally, this destroyed HTC’s culture, causing its market value to drop rapidly.

Let’s pretend that someone did you a favor and you thanked them for it… But then you begin to notice them acting strangely.

You ask what’s wrong, and they reply that you didn’t appreciate their help.

You’ve thanked them, but they expected you to demonstrate more appreciation. And something as simple as this can bring out the shadow behavior.

Non-verbal triggers say a lot about how a person perceives the world around them. The next time you’re on the verge of getting triggered by what another person didn’t say, be mindful of your reaction. You’ll be able to uncover your shadow behavior and avoid it in the future.

Needless to say, people’s actions can be triggers. This means that what you do in a leadership role might trigger your employees without your knowledge.

This is where the measured behavior of a leader becomes extremely important. A leader who continues to trigger their employees’ shadow behavior can do untold damage to company culture.

Now, we know that company leaders are usually happy with their employees during the good times. It’s when things get rough that poor leaders tend to trigger their employees. The leader’s personal shadow behavior is also likely to come to the forefront.

A great example of this is John Stumpf, the former CEO of Wells Fargo. You’d think that the CEO of one of the world’s most reputable financial services companies wouldn’t exhibit shadow behavior… And for a long time, he didn’t. But when the issues started piling up, Stumpf handled them very poorly.

At one point, Wells Fargo started opening credit cards for customers that had no idea about them. The bank would then charge late repayment fees, robbing the consumers of incredible amounts of money.

When this fraud was discovered, the first thing that Stumpf did was turn on his employees. He blamed lower-level employees for the scandal, pretending that he didn’t know anything. As you can imagine, Stumpf couldn’t keep up this act for long, and resigned in 2016.

This trigger is very similar to the non-verbal. Rather than the actions of others, you get triggered by something they didn’t do, intentionally or otherwise.

For instance, a salesperson had a busy day and forgot to report their status after you requested an update earlier in the day.

If your primary unconscious motivation is to succeed and achieve, you may perceive this lack of communication as a failure in the salesperson’s commitment. As a result, you get upset – causing shadow behavior for yourself (and likely triggering the sales person).

The reality and the perceived reality are often much different.

Be Mindful of Your Triggers

As you can see, shadow behavior can do a lot of damage, especially for those in leadership roles. Potential triggers are numerous, and when you’re working with a team, it helps to know your own AND the triggers for those around you.

Luckily, you get to decide how to react to people and events around you. By identifying your triggers, you’ll know what causes you to react in a negative way. In time, you’ll be able to learn to recognize your triggers as they happen and rewire your behavior.

Not only will this make you a more effective leader, it will also positively impact those in your company. You’ll be setting a good example for your people to follow, and in return, they’ll trust and respect your leadership.

We can help you to identify your triggers and a whole lot more… Check out our executive leadership coaching and get started with a free strategy session.