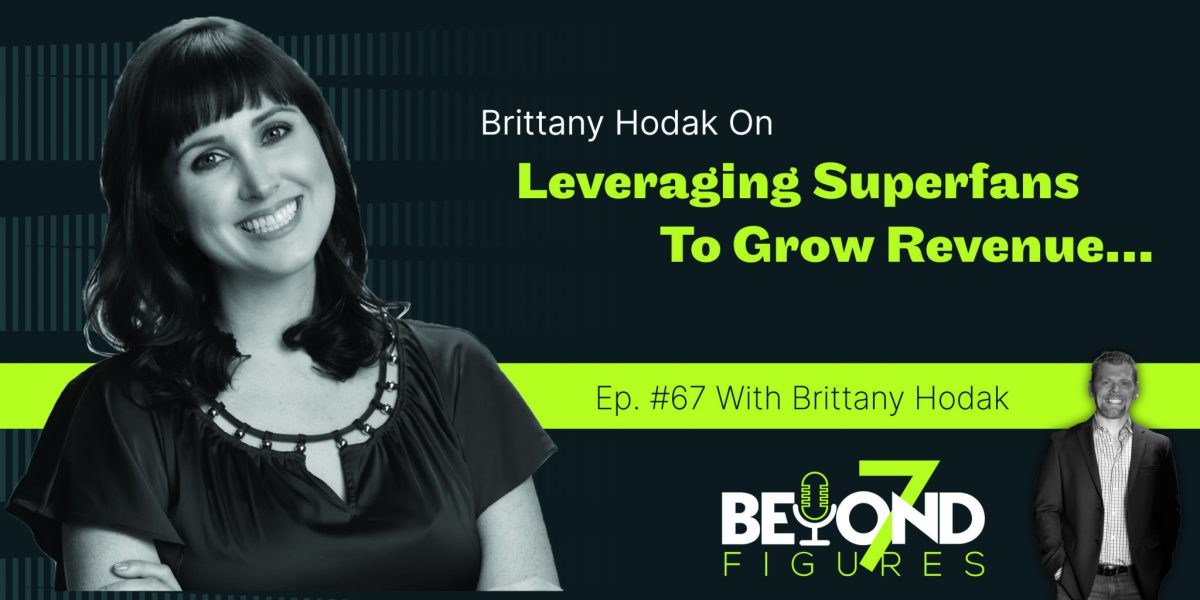 Ep #67 – This week on the podcast, I’m joined by Brittany Hodak, an international keynote speaker and award-winning business leader. She is an expert at creating fanbases for brands, and she’s widely regarded as a go-to source for how to create and retain superfans.

As an accomplished speaker, Brittany has been invited to present to audiences and organizations across the world, including American Express, Sony Music, and the United Nations, to name a few.

Over the last ten years, she has published 350+ thought-leadership articles, including regular columns for Forbes, Adweek, and Success, and has been featured on ABC, CBS, FOX, NBC, CNBC, Bloomberg, Fox News, and more.

In 2015, she was offered deals from four of the five Sharks on ABC’s Shark Tank at a valuation of more than $4 million.

You absolutely will not want to miss this conversation with an incredible business woman and rockstar entrepreneur.

Strategic Planning for Growth in a Down Economy with Claudia Brown…

Ep #99 – In today’s podcast episode, I’m joined by Claudia Brown, who is one of our lead coaches at Predictable Profits. Claudia has been…

How To Build a Celebrity Brand With Ramon Ray, the “Celebrity CEO” & Founder of SmartHustle.com

Ep #98 – This week on the podcast, I’m joined by motivational speaker, best-selling author, and founder of SmartHustle.com, Ramon Ray. Ramon is an in-demand…